Welcome to the Ethical Hacking Diaries. This is a digest of things I have learned on my journey of becoming a bug bounty hunter in Week #17 of 2020. This last week I haven’t had too much time to study (and motivation, as I started to feel a bit burnt out, that’s usually the time when I tone things down a bit.)

Nevertheless, I have convinced myself to do at least a bit. So I did a bit of Pentesterlabs and learned more about Authentication, I got great support from @Nahamsec while doing a Hacker101 CTF on our bi-weekly Twitch Live Hacking Streams and I did I a bit more Portswigger Labs on the topic of XXE’s (XML External Entities).

As I have said, I just did a little bit of PTLabs, one noteworthy thing I have put down was about changing Data to the JSON Format to get more information out of it. You’ll find an example below. 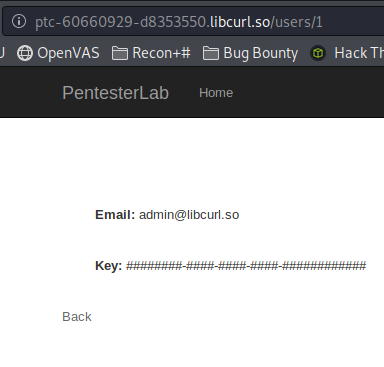 Pretty interesting. Until then I didn’t even know this was possible.

I spent the majority of my study time last week on the Portswigger Labs. I find them an excellent resource to study with. I was interested in XXE and have learned a ton about it. Let’s dive in. Part of the Material provided below comes from Portswigger, so credit goes to them.

As a response, we should see “Invalid Product ID” followed by a folder name. We now update the URL in our DTD to fuzz the API until we find the information we want, in this case, it’s IAM security credentials.

As I have said, a pretty slow week for me but I still learned a ton. This week I have already put a lot of notes down, so next week’s blog will be longer again 🙂 See you next week!